Uthema expresses concern about the fallacies being spread about the organization

Uthema condemns the actions of certain groups within the Maldives, that is creating an atmosphere of fear for anyone who advocates for human rights in the country. We call upon all journalists, news and media outlets and media oversight bodies to not allow these groups to capitalize and make our news, media and social media outlets into spaces where individuals and organizations are targeted, labelled, bullied, harassed and threatened. We also believe that everyone of us has an individual responsibility to not tolerate any such actions and to uphold social conduct standards. We call on the public that we must not allow harassment, bullying and disrespect become a social norm in our society.

The entire Maldivian society is aware of the vulnerabilities associated with the lived realities of women and children in the country. Clear evidence from various studies show that Maldivian women and children are subject to physical and psychological abuse and trauma. As a member of the international community, Maldives has a responsibility to fully participate and uphold the international human rights treaties to which it is signatory.

In this regard, as a civil society organization registered in the Maldives, Uthema is engaging in international reporting processes and doing its part to ensure the country’s participation and enforcement of these conventions. Uthema believes that such engagement is crucial and essential for the well being and advancement of any society.

In order to present an accurate assessment of the country’s situation, it is imperative for interested parties to study, collate data and analyse information on the situation of vulnerable groups and various social issues in the country. In this regard, the report compiled by Uthema in response to the state’s report submitted to the Committee on the Convention on the Elimination of All Forms of Discrimination Against Women (CEDAW), is a report that is based on factual research, highlighting key issues faced by women in the country.

The report is based on information gathered from various state institutions as well as primary data collected from engagements and interactions with women from different parts of the country, having seen and understood their lived realities, as reported by them. This is no small task. We believe that it is important that civil society has the space and freedom to conduct such research independently and without any fear of reprisals.

Thus, given that the report prepared by Uthema in April 2020 and submitted to the CEDAW Committee is a factual report, the actions of any group to discredit the report for political gain is an attempt to hinder efforts to overcome the much deteriorated social situation of the country. In fact, such actions will only lead to further harm the country. What is needed instead, is an appreciation for such studies and a sincere willingness from all to work to improve the situation of women and children based on issues raised in such reports. We believe that every single individual can participate and support the work of civil society in this regard. In order to overcome the dire social situation in the country, we call on everyone to work together, using insights gained from accurate information linked to the lived realities of people.

Currently, as certain groups are spreading misinformation about the contents of our report to the CEDAW Committee, we believe the best way to obtain accurate information will be for everyone to read the report and understand its contents. We believe that the dire situation the country finds itself in, does not allow space for groups to discredit our work for political gain. We request the ministry with the mandate of oversight over NGOs, the Ministry of Youth, Sports and Community Empowerment to facilitate a space where Uthema could engage with and provide answers and clarifications for those that have questions about the report.

We would like to remind that Uthema is a civil society organization that is striving to use academic research and study of the country’s social vulnerabilities, to create a more just and equitable future for Maldivian women, children and families.

Bridge The Gap: a dialogue on women’s rights in the Maldives 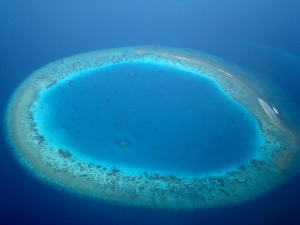 Joint Statement by NGOs : State of Emergency in Maldives